Fresh off the road from their first U.S. tour in years, Los Angeles rock band 96 BITTER BEINGS has dropped a brand new single, ‘Wish Me Dead’, from their highly-anticipated second full-length album, Synergy Restored, that’s due on November 4th from Nuclear Blast.

“At some point in their lives, many of us come face to face with that special someone that actually puts more time and effort into attempting to get us to fail than they do into trying to succeed themselves. Jealousy is so baffling because it is too transparent of an emotion to deny. There’s nothing else you can call it…whether you are the recipient or the one dishing it out.
We knocked it out of the park on ‘Wish Me Dead‘. Instantly you recognize that classic CKY sound; and a song I am this proud of has only come around once or twice in my whole life.”

Years in the making, 96 BITTER BEINGS’ Synergy Restored is 11 songs of relentless power and vibe. Four-on-the-floor, fuzzy and visceral, proper rock n’ roll made by an actual band, rather than a bunch of over-processed samples and otherwise stale shenanigans. Songs like ‘Vaudeville’s Revenge‘, ‘90 Car Pile-Up‘, and ‘Wish Me Dead‘ offer vivid reminders of the truth-telling prowess of guitars, bass, and drums. Miller is on fire, weaponizing the same knack for memorable musical epiphanies behind projects like FOREIGN OBJECTS, WORLD UNDER BLOOD and CKY. 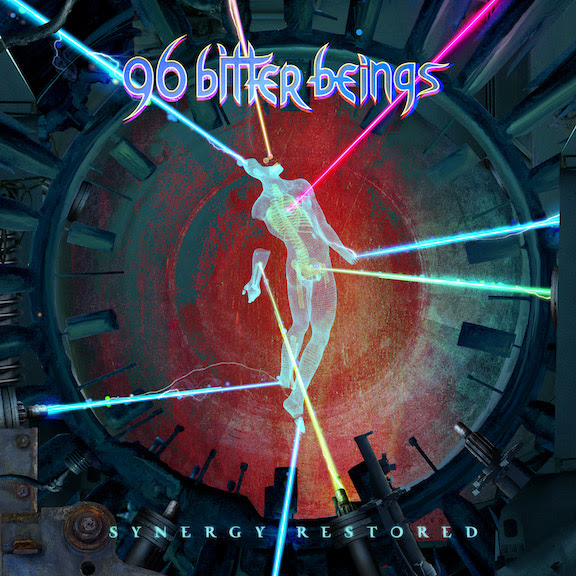