The label stated:
“BLACK RIVER’s hard-hitting single ‘Crossover Love’ came together through the band’s shared anger at the state of the world; one in which people are starving, species are dying out, and in many places there is nothing to breathe and yet the so-called civilisation doesn’t care about anything other than earning money at all costs. ‘Crossover Love’ is ferocious, whilst not sacrificing melody and it drives BLACK RIVER into new territory.” 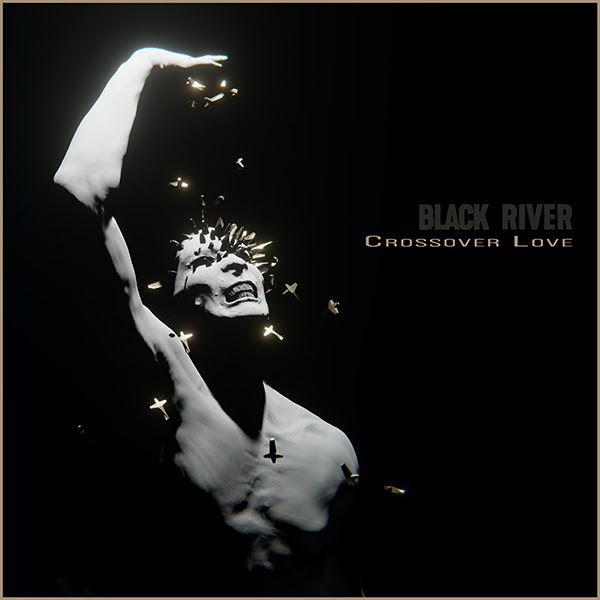 Vocalist Maciej Taff about Generation aXe: “… one night I woke up very F***ing angry and couldn’t sleep anymore, I realised that the level of this absurdity that surrounds us has exceeded all boundaries, that it is already unbearable, that this is not a world where we, our families and friends want to live. Half the world is starving, 70% of the population of known species have died out in the last 50 years, in many places there is nothing to breathe and the so-called civilisation does not deal with anything other than earning money at all costs. We met together and it was clear we all had the same anger, the same disagreement, the same fucking anger. We decided to express it in our music, to record a 3-4-track EP, vomit all this venom. We met for the first time during the rehearsal, we started talking, playing and … after 2 weeks we were already in the studio, instead of 3 songs we wrote 11 without calculation, in full anger. I thought when we recorded it, it would “pass”…. it hasn’t passed…!”

Dariusz “Daray” Brzozowski is one of the most recognized drummers within the metal scene. Well known for his extreme drumming, blastbeats, precision and supersonic speeds, he earned his reputation through the years and was repeatedly valued for his achievements. Extensively touring the world with his bands. He played over a 1000 shows.

Born in 1980, he got his first kit at the age of 14. His story began with the band Vesania, and was continued in Vader, Masachist, Hunter, Black River. He’s also a session musician for multiple bands. Today, drumming for Vesania and Dimmu Borgir and being an active clinician and educator, he remains in the lead of worlds‘ uncompromising drummers.