Relentlessly spinning, the wheel of the year is turning towards darker days, the world is preparing for cold and deprivation. Long forgotten spirits arise from fog, heralding the ‘Exile Of The Gods’.
Today, Swiss metal legends ELUVEITIE release their new single, capturing the desperate, doomy mood of a world that the Gods abandoned long ago.
“What have we done? Our hands stained with their blood”, singer Fabienne Erni chants, supported by heavy riffs and soaring melodies.

Founding member Chrigel Glanzmann comments:
“We are very excited to share our new single ‘Exile Of The Gods’ with you – after ‘Aidus’ the ‘second page’ in Eluveitie’s next chapter.
Our current path leads us way back in time. And back to the present! Our new song cycle is all based on a very old mythic text – the hermetic lament. Although it didn’t originate from Celtic culture, we know today that its words were taken on, assimilated, and taught by the Celtic druids henceforth. In the interpretatio celtae it’s teachings were ascribed to the tricephalic Celtic god Lugus.
This ancient text contains some kind of a prophecy which holds some very serious and important words for us modern people of today – even if we assume that it’s not talking about our era (which personally I believe it does, though).
Among many other things that the lament of Lugus foretells: ‘…of thy faith nothing will remain but an empty tale, which thine own children in time to come will not believe; nothing will be left but graven words, and only the stones will tell of thy piety. For the gods – which once deigned to sojourn upon earth – will return from earth to Antumnos. The gods will depart from mankind, a grievous thing! The world will be left desolate, bereft of the presence of its deities.’
And this is, what our new single is dealing with!
However, that ancient text spells out clearly that we’re not simply talking about some mythological, religious or spiritual matters here. For it also talks very clearly about the development of mankind’s relationship with mother earth in that context and points out very concrete actions of ours (today) and their consequences in and for nature, and thus ultimately for us.
And so, we are excited to share our brand-new song with you all! And we hope you like it as much as we do and that maybe you even can find some inspiration in it! Enjoy!” 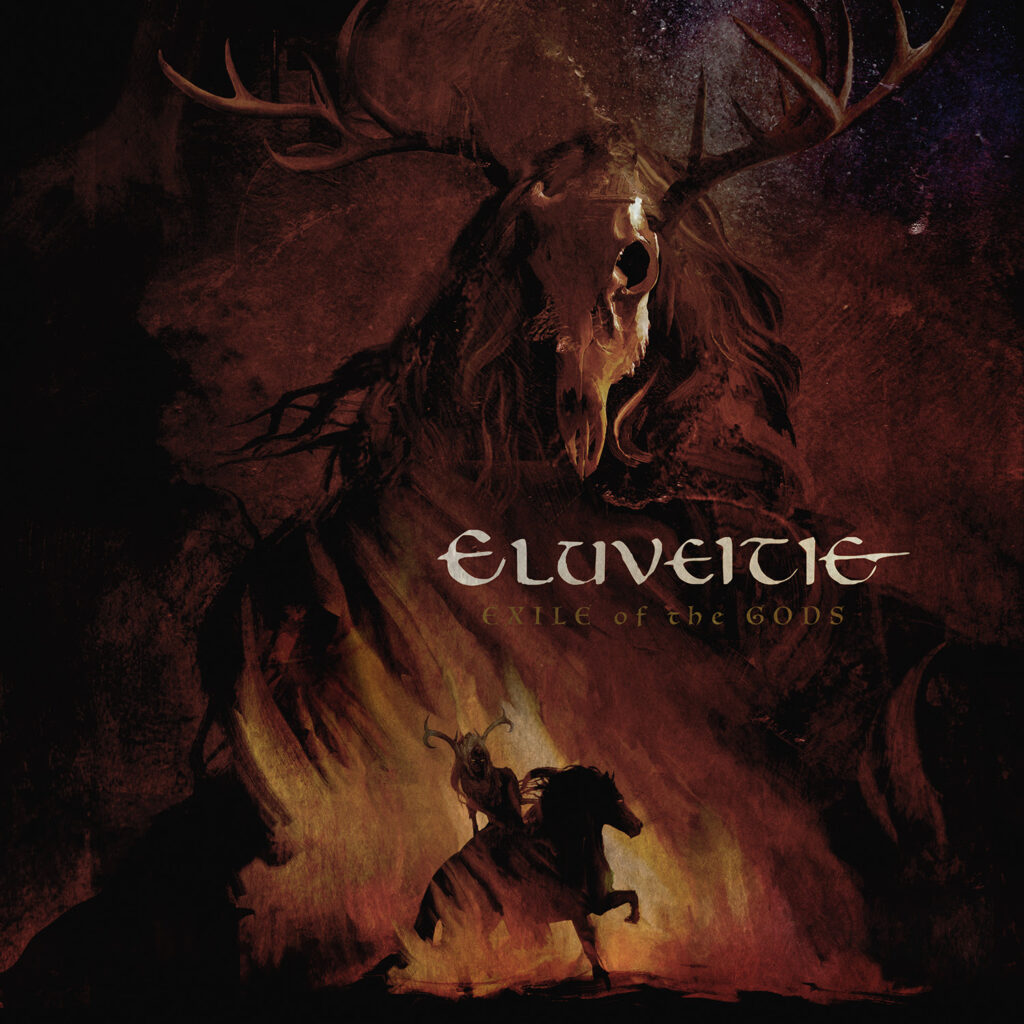 Stream the song here: https://eluveitie.bfan.link/exile-of-the-gods
ELUVEITIE will be going on tour with Finnish metal veterans AMORPHIS. Check out the band at one of the below show dates: