“This is essentially the first song I have ever written to gloat about my backbone,” states ORTHODOX frontman Adam Easterling about “Head On A Spike”. “Orthodox as a band has been called ‘corny’ and been continually overlooked year in, year out. But we haven’t given up. This is a song to anyone who thinks we should’ve thrown in the towel, because we don’t feel like we’ve even peaked.”

The sound of ORTHODOX is the opposite of what most associate with the laid-back energy and country-fied twang of their native Nashville, Tennessee. ORTHODOX’s distinct, nu-metal-tinged brand of metallic hardcore has carved its own lane with their Century Media debut, Learning to Dissolve. Learning To Dissolve is the punctuation on a journey that began with 2017’s Sounds of Loss. From the inception, ORTHODOX were nothing short of a standout, blending together riffs that wouldn’t be out of place on a Slipknot record coupled with Easterling’s blunt, Jonathan Davis-esque howls. But, like their sonic brethren in Knocked Loose or Vein.FM, while the influence of the 90’s/00’s is there, ORTHODOX doesn’t merely pay homage to their influences, it exceeds them.

Written during the global pandemic and world shutdown of 2020, Learning to Dissolve was born of frustration. That is, until Easterling and guitarist Austin Evans began to really dig in. Recording in the dead heat of Summer with producer and mixer Randy Lebooeuf (Thy Art Is Murder, Kublai Khan) at Graphic Nature Audio in Belleville, New Jersey, found the band in creative overdrive, ripping their songs apart.

While 2019’s Let It Take Its Course, which Revolver called, “A straight-up bone-chilling metal album that sounds like the music [ORTHODOX vocalist] Adam Easterling has always wanted to make, but is presented with the authenticity that his music has always had”, focused on the duality of love and anger Learning to Dissolve is born of intense self-reflection. It digs deeper than most metal or hardcore records. Not surprisingly, that ethos has echoed throughout ORTHODOX’s existence as a band, whose members past and present come from backgrounds rooted in straight-edge hardcore. 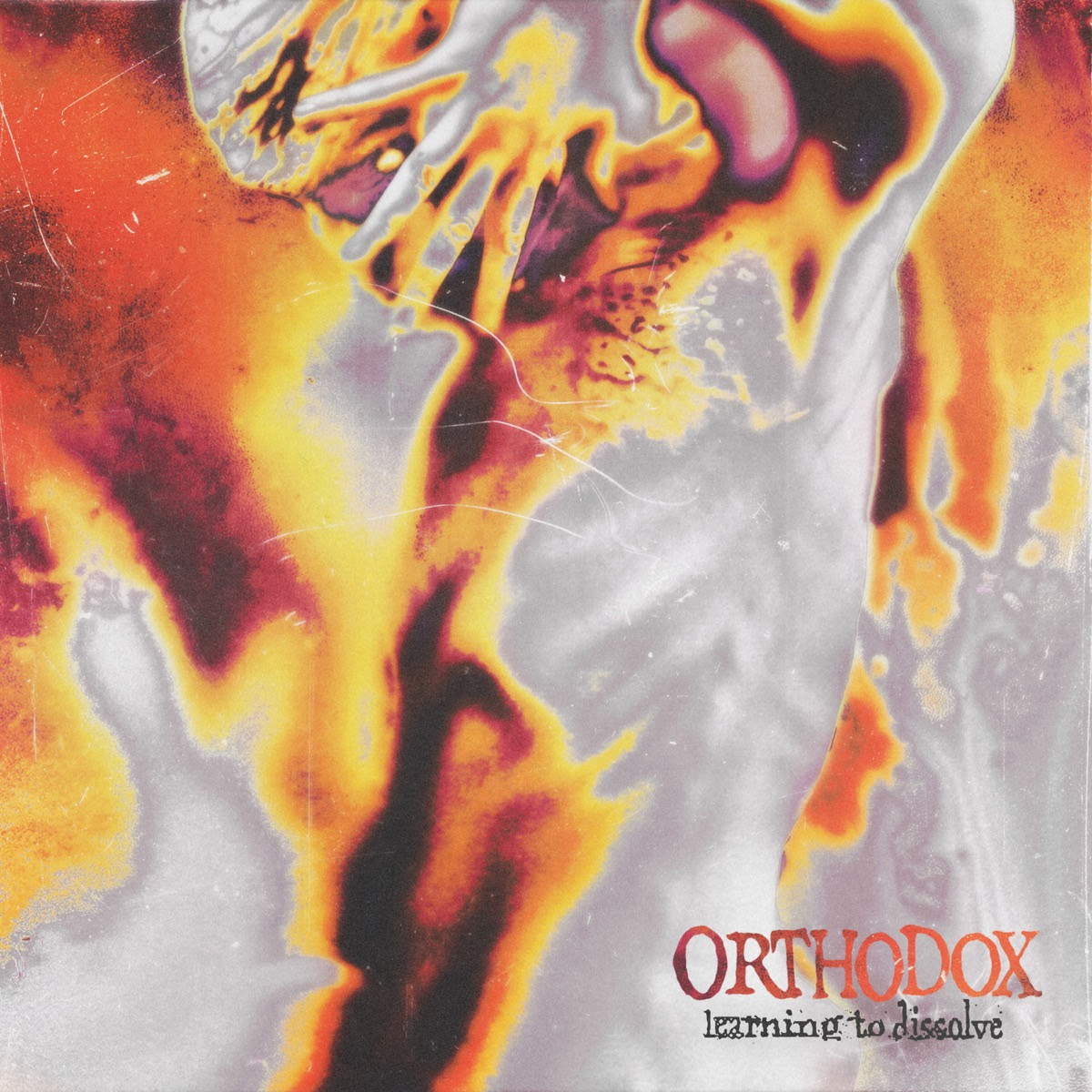