ROTTEN SOUND come crushing down, right on time to grind away that jolly Christmas mood of yours. The Finns are proud to announce the ‘Apocalypse’, a brand new album containing eighteen short sharp chops that hit home perfectly in these deeply troubled times .

The ‘Apocalypse’ will be here on March 31st, 2023 via Season of Mist and pre-orders are soon available.

In celebration of the end of the world, ROTTEN SOUND are now releasing a first track called ‘Sharing’! Hold on tight and enjoy the bliss of this heavily whirling grind-tornado as a first plague HERE.

ROTTEN SOUND comment on the track: “Sharing” is a track about how wealthy instances in control provide mainly cosmetic help towards the ones in need to improve their public image, while the world is in turmoil. Riffs were written by Mika and it’s one of the faster ones on the album (tempo-wise) with some heaviness at the end.“

The artwork, which has been created by Error Design, can be viewed together with further album details below. 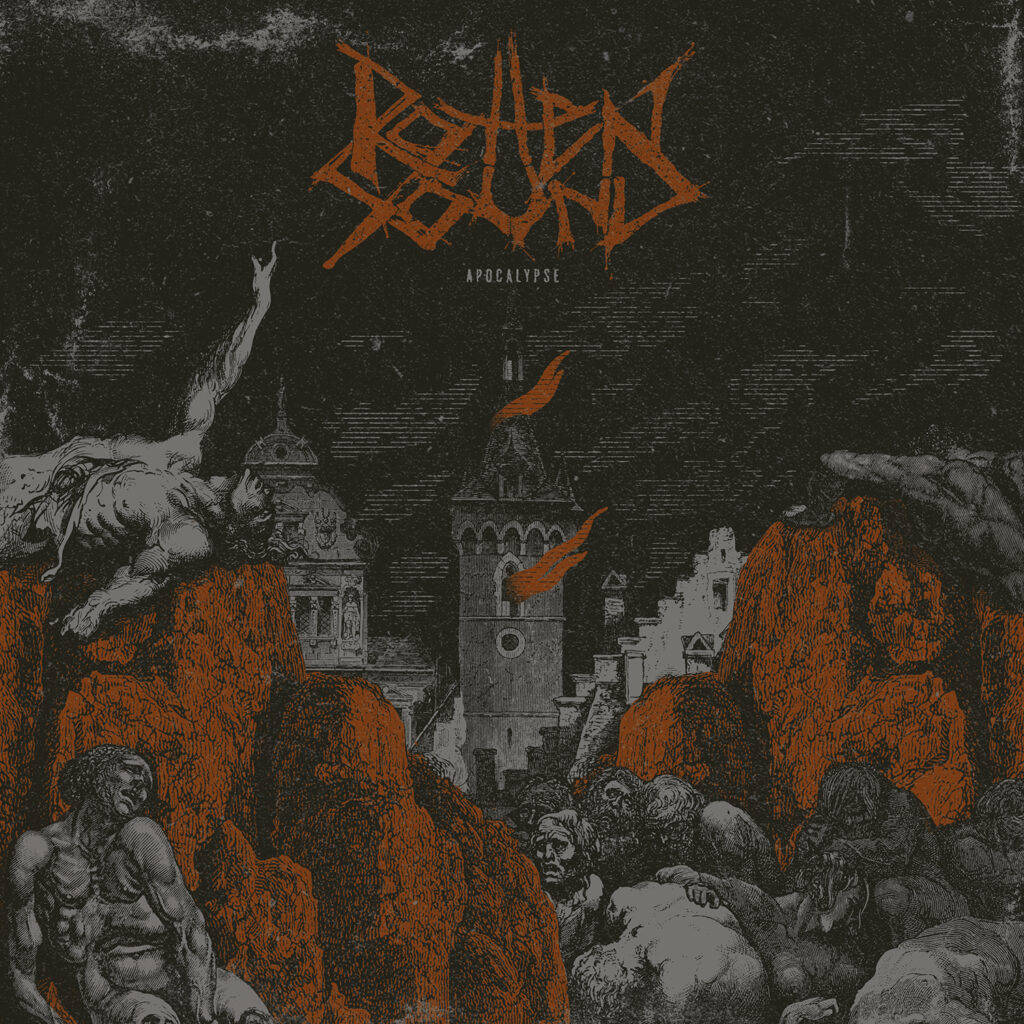 ROTTEN SOUND have firmly established themselves as one of the leading acts of the grindcore scene. Expertly wielding the fierce brutality and massive aggression of their genre, the Finns add intelligent songwriting, effective arrangements, and musical proficiency as well as subtle death metal elements to their sound.

ROTTEN SOUND was conceived in the city of Vaasa, Finland by guitarist Mika Aalto in 1993, who was soon joined by vocalist and word-smith Keijo Niinimaa. The duo still remains in place, while the original members in all other positions have been replaced several times until today.

The Finns can field an impressive catalogue of now eight highly acclaimed studio albums, eight EPs, three split singles, a single, and a live DVD. Furthermore, ROTTEN SOUND have already conquered the stages of all major metal and hardcore oriented festivals and also toured in regular intervals alongside such renowned acts as MALEVOLENT CREATION, PHOBIA, DISFEAR CARCASS, MUNICIPAL WASTE, EXHUMED, NAPALM DEATH, and PIG DESTROYER – among many others.

With ‘Apocalypse’, ROTTEN SOUND are gearing up their musical juggernaut just in time before crushing stages all over Asia and Europe this spring.