Hailing from Kristinehamn, Sweden’s Witch Blade were formed back in 2012 by Witchlover and Witchhunter. The two childhood friends had been playing together in other projects but wanted to form a band that honored their heavy metal heroes: namely Angel Witch, Tokyo Blade, Judas Priest, and Iron Maiden. After writing a couple of songs, the band became a three-piece when drummer Witchburner joined in early 2013. The same year, the band recorded their self-titled debut demo, which sold out quickly and was later re-released by Levitate Records, followed by a 7” single titled Fjärrans Krig in 2014. After working as a sound engineer on the single recording, Witchdoctor joined on second guitar just in time for the band’s debut album, Oskuldernas Eld, released in 2015 by Dying Victims.

Witch Blade made their live debut in 2015 as a supporting act for Black Trip. Since then, the band have made several live appearances around Sweden. Thereafter, a period of hibernation followed until 2021, when the band decided to continue again as a trio. The result is something of a rebirth: Månsken, Witch Blade’s second album.

While the cover to Oskuldernas Eld certainly clued listeners in to its contents, the one for Månsken compellingly complements the album’s contents in a most tasteful fashion. There’s undoubtedly an olde-worlde, magickally musty flair to Witch Blade – also keenly note the band’s change in logos – their traditional heavy metal going back even further in time to the proto-metal era. Nothing overdriven, nothing too over-the-top, just hard rocking AND hot rockin’ and an almost narrative moodiness to the songwriting whilst staying locked into classic verse/chorus/break structures, Witch Blade once again locate that wonderful (and elusive) balance between garage-born emotion and swords & sorcery stateliness. To a man, the riffs and leads of guitarists Witchlover and Witchdoctor (who also drums here) often impart a melancholy on par with Wishbone Ash’s Argus or Thin Lizzy’s Black Rose, while frontman/bassist Witchhunter sings his heart out in his native tongue, which only heightens the heart-on-sleeve pathos across Månsken. And just like its full-length predecessor, the eight-song Månsken is an extremely swift & satisfying spin at 33 minutes.

All those denim-clad diehards and cloak-wrapped warlocks into early (and moody) hard rock AND cult NWOBHM, you are hereby commanded to witness the rebirth of Witch Blade with Månsken! 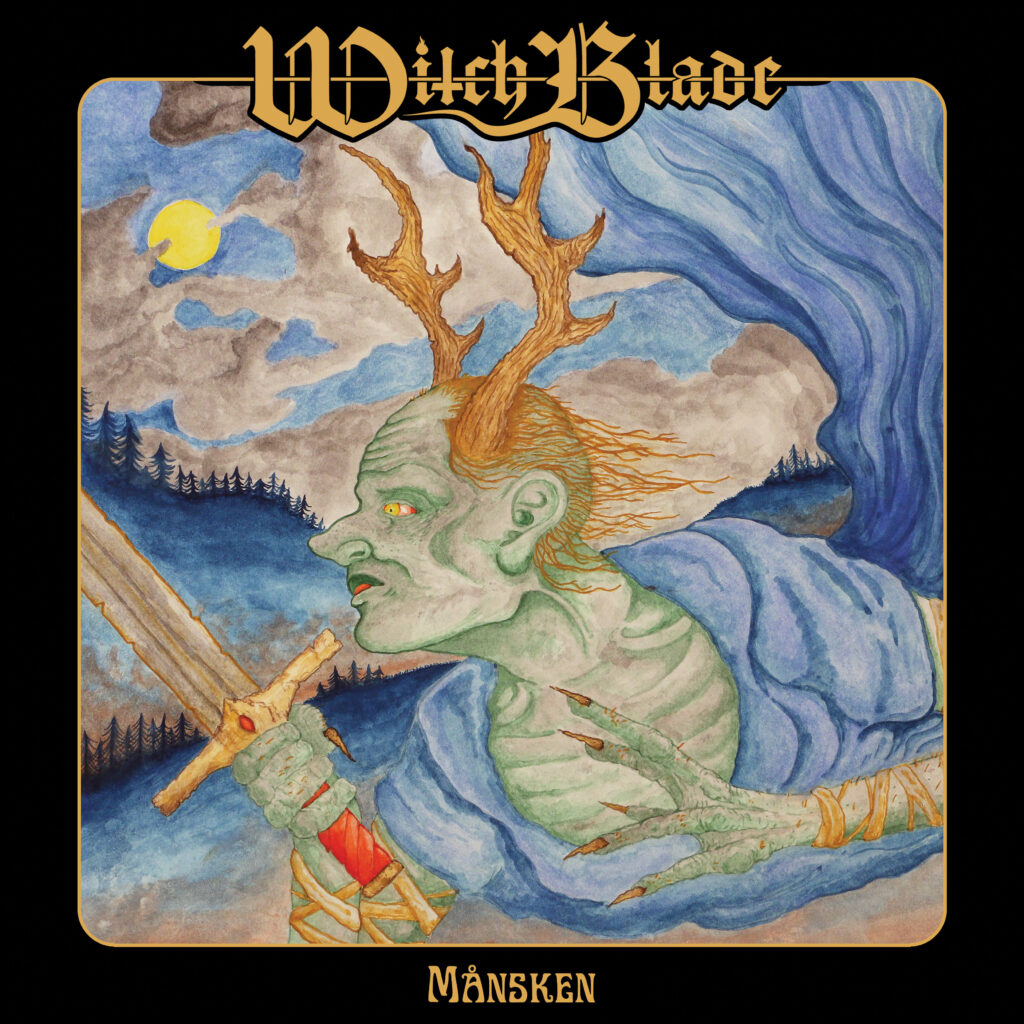