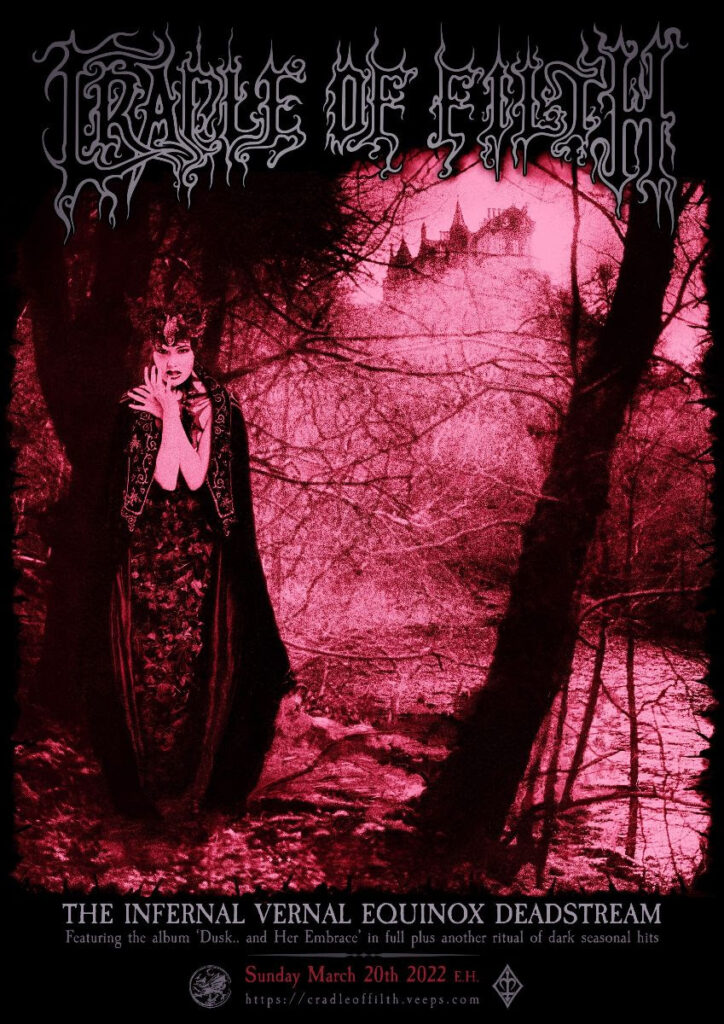 Hellish outfit Cradle Of Filth have announced a digital show stream, a one-off special performance titled ‘The Infernal Vernal Equinox‘. The concert will be aired this Spring Equinox, Sunday March 20th, during which the band will play monumental 1996 studio album Dusk… and Her Embrace in full. ⁣

After the glorious success of our livestream extravaganza back in May last year, we have decided to undertake a second in which we will play our legendary musical excretion ‘Dusk… and Her Embrace‘ in its dark cinematic entirety, accompanied by a further bout of new album tracks and fan-favourites.⁣

Being unleashed on March 20th 2022 – the day of the Spring Equinox – and known as ‘The Infernal Vernal Equinox‘, this full live-stream ritual will also premiere the incredible third single video from ‘Existence Is Futile‘ plus will include the entirety of our first livestream free for your vulgar delectation.⁣

So, Children of the Night, be expectant of horrific spectacle, big production and razor sharp Black Metal mayhem ascending your way.⁣ Warning. This one-off special performance is intended solely for those tortured souls still clinging to the last of winter’s grip.⁣
Happy f**king Spring!!!⁣”