Today, Chaos Records announces November 25th as the international release date for a new mini-album from Italy’s Extirpation, The Endless Storm, on CD format. The vinyl version will follow ​next year.
Hailing from Milan, Italy’s Extirpation formed in 2009 and promptly set about nailing down their blackthrashing sound. Their first EP, Extirpation, arrived the next year, and a steady stream of releases have followed. To date, Extirpation have released three albums, a couple singles, and a split 7” with Brazil’s esteemed Whipstriker. Vocalist/bassist Darak has been there from the very beginning, but guitarist Magikk has been with the band since 2013 and drummer Okrim since 2020. New guitarist Eros has recently joined.

Although it’s been three years since the acclaimed album A Damnation’s Stairway to the Altar of Failure, Extirpation make a short-but-sweet comeback with this new lineup with the mini-album The Endless Storm. Totaling five new tracks across a swift ‘n’ slaying 20 minutes, Extirpation’s new mini stays true to the band’s steadfast sound whilst subtly pushing it in different directions. As ever, the foundation of thrashing black metal laid forth by the likes of Aura Noir and Desaster during the ‘90s is present and accounted for, but the quartet finesse their songwriting in manners both epic and wild, grandiose and grimy. Similarly, The Endless Storm stays on the right side of raw, but every ripped throat and slashed string and beaten skin feels fucking ALIVE. It’s dungeon metal madness writ large: Extirpation are back for the attack!

In the meantime, hear the brand-new track “Electrocution Strikes” HERE at Chaos Records‘ Bandcamp. Preorder info can be found HERE. Cover and tracklisting are as follows: 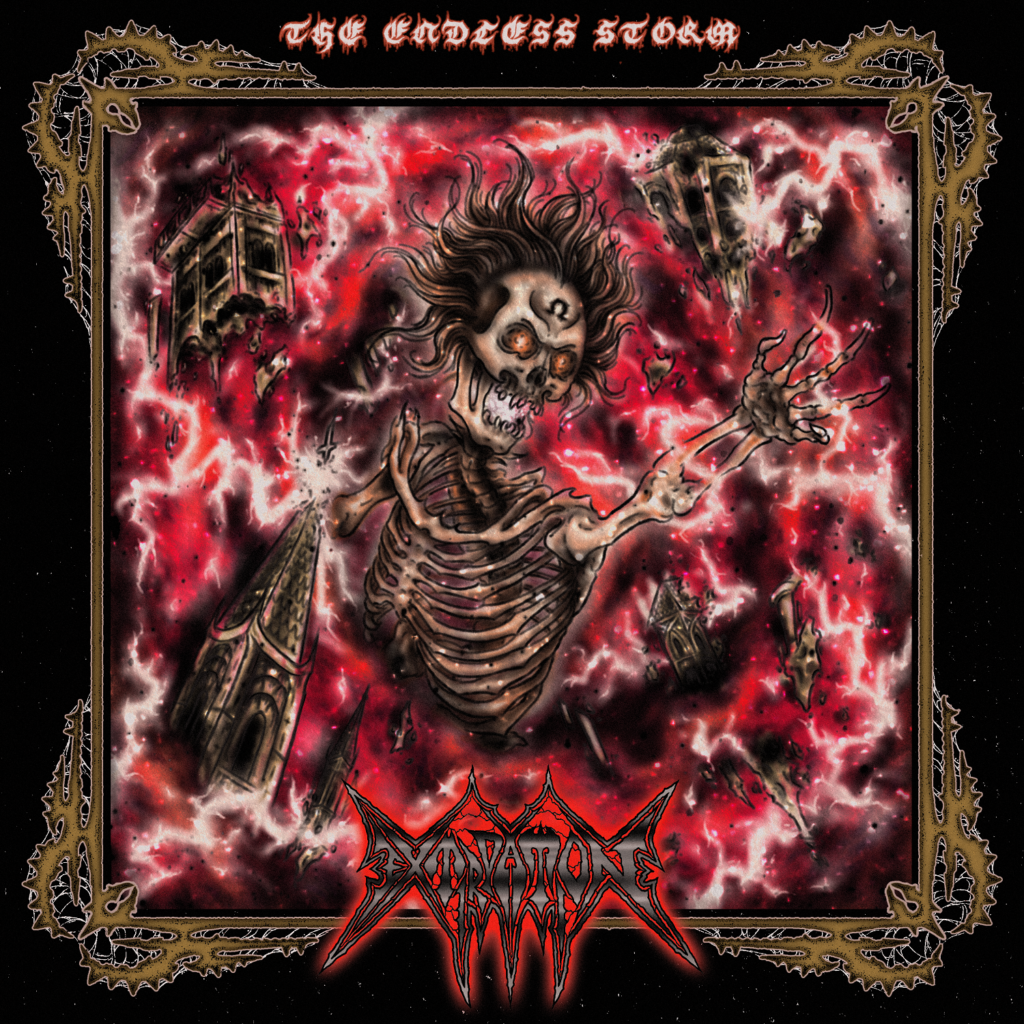 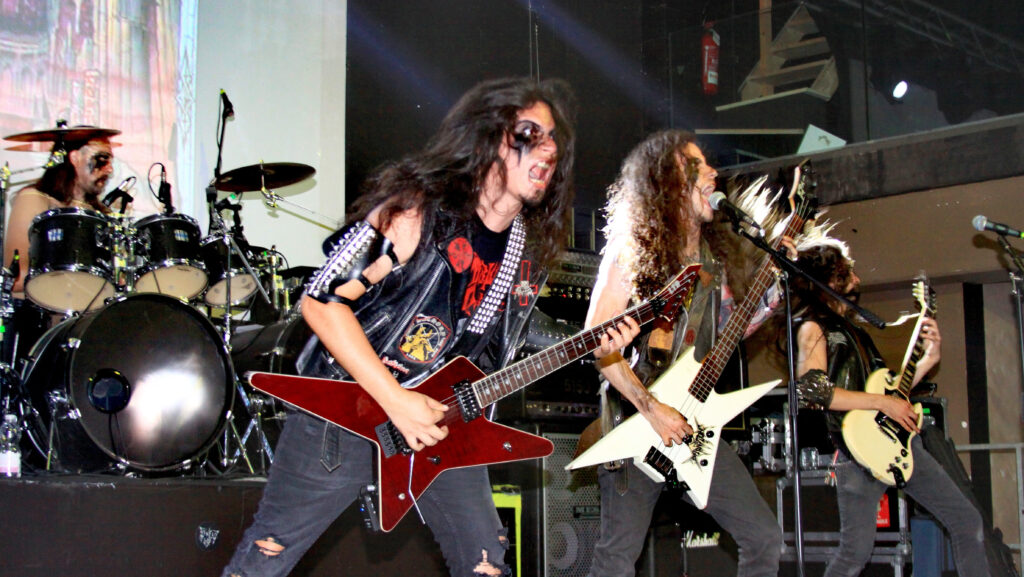