“Blood In Blood Out”, the blistering debut album, out this Friday on AFM Records!

To celebrate the release of their upcoming, hotly-anticipated debut album in glorious style, today, IRON ALLIES, the brand new band featuring former ACCEPT members Herman Frank and David Reece, has unleashed a final single and music video for heavy metal anthem “Destroyers Of The Night”! The band’s first full-length album, Blood In Blood Out, drops this Friday, on October 21st via AFM Records.

It`s the perfect blend of powerful song-writing and eloquent content that sets their first album Blood In Blood Out apart, from first to last note. Sometimes, there are constellations where you simply know: This is hitting the nail on the head. The perfect match. Like Frank and Reece, esteemed rock and metal titans. With drummer Francesco Jovino, bassist Malte Burkert and rhythm guitarist Mike Pesin, Herman and David have gathered like-minded, exceptionally talented forces around them, and as expected are raising the bar high with their blistering, critically acclaimed album Blood In Blood Out.

Only a few days left until official album release, IRON ALLIES have now shared a brand new single and music video for “Destroyers Of The Night”. Says David Reece: “Destroyers Of The Night is a video about each and every one of us who feels the need to cut loose (especially these days) when darkness falls it’s time to let our spirits shine. “

Blood In Blood Out was produced by Herman Frank, recorded at renowned Horus Sound Studio in Hanover with co-producer Arne Neurand, and was mixed and mastered by Dennis Ward. Set to be released on October 21, 2022 via AFM Records, you can purchase your album copy at THIS LOCATION! 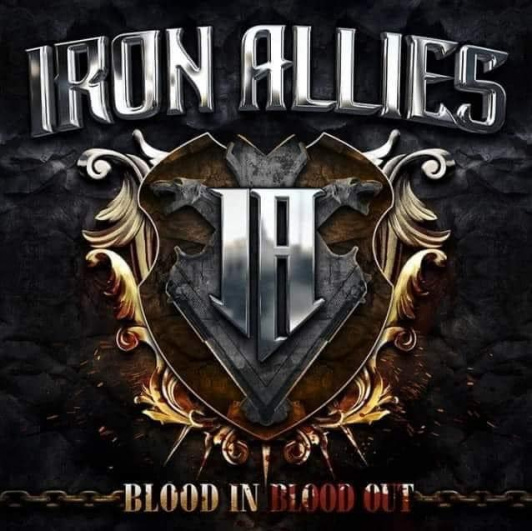