Meritorious masters of melancholic metal KATATONIA carry on their legacy of rearranging the order of the heavy music universe, proudly presenting their hauntingly beautiful next studio album, Sky Void of Stars, out January 20, 2023 via Napalm Records.

Founded in 1991, KATATONIA have continually embraced the dark and the light alike and, living through genre evolutions beyond compare, ripened their own particular form of expression. From doom and death metal to soul-gripping post rock, they’ve explored endless spheres of the genre, accumulating only the very best aspects. After signing with Napalm Records, the entity around founding members Jonas Renkse and Anders Nyström is ready to showcase its brilliance and illuminate the void in the scene once more with Sky Void of Stars.

With the first single, “Atrium”, KATATONIA hit with highly energetic atmosphere, holding a gloomy ambience with epic sounds and poetic lyrics to get lost in. The heartfelt piece of sound goes in line with a gripping music video, underlining the exceptional atmosphere the five-piece is creating with every single note. “Atrium” is now available via all digital service providers worldwide.

KATATONIA on the new album, Sky Void of Stars:
“Our 12th album, Sky Void of Stars is a dynamic journey through vibrant darkness. Born out of yearning for what was lost and not found, the very peripheries of the unreachable, but composed and condensed into human form and presented as sounds and words true to the KATATONIA signum. No stars here, just violent rain.” 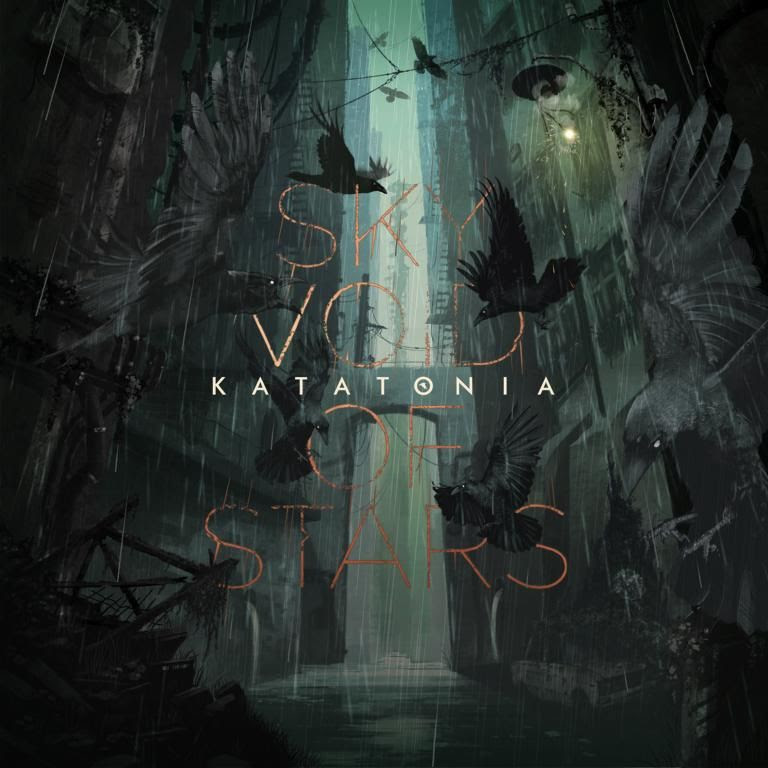 Emerging from the gloom, KATATONIA is a beacon of light – breathing their unique, never stagnant, atmospheric sound through this new 11-track offering, all written and composed by vocalist Jonas Renkse. Album opener “Austerity” provides a courting introduction to the album. Crashing through the dark, it convinces with memorable, mind-bending rhythms as it shifts with elaborate guitar riffs that perfectly showcase the musical expertise and experience of the band. Topped off by the dark, conjuring voice of Renkse and mesmerizing lyricism, the gloomy mood for the album is set. Songs like down- tempo “Opaline” and moody “Drab Moon” fully embrace their melancholic sound while fragile “Impermanence” is accented by the original doom metal roots of KATATONIA. Like a dark star, these pieces relume the dreariness, creating an ambient auditory experience with memorable hooks while still inducing the crashing sounds of hard guitar riffs and pounding drums. The experimental mastery of the quintet and their atmospheric approach is purely vivid, making this album a thrilling sensation. With “Birds”, the artists show off their explosive potential with a quick and energetic sound, proving their genre-defying style.

KATATONIA is one of a kind in a state of perpetual evolution. Significantly shaping the genre while still staying true to their own musical values, they orbit the musical universe – leaving their imprints on the scene. Projecting their sound to the endless realms, Sky Void of Stars shines bright in metal and beyond!