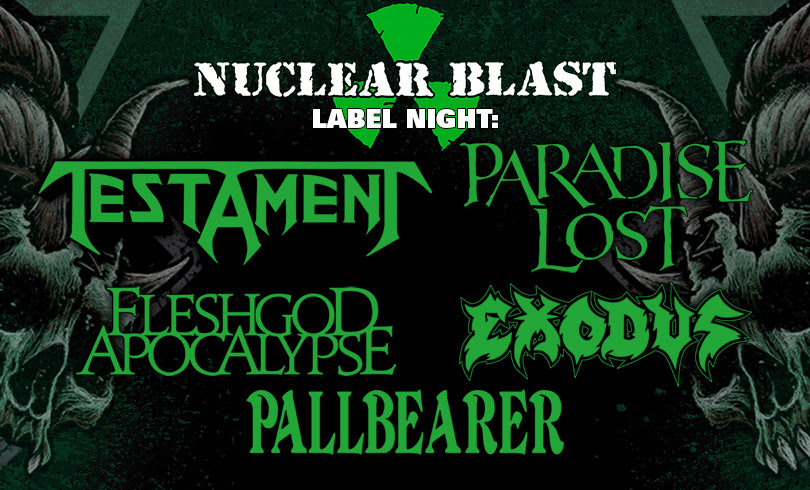 The joy in the NUCLEAR BLAST headquarter is huge:
“It’s been two long years without any big events. We’re insanely happy that 2022 hopefully brings back our festivals and that our friends from the SUMMER BREEZE OPEN AIR will throw a big Nuclear Blast label night party next summer. The line-up, once again, is fantastic and will be a strong kickoff for the fans into the Summer Breeze 2022 edition.”

For 30 years and counting, Nuclear Blast Records is synonymous with the worldwide advancement of heavy metal, extreme music, and hard rock. Founded in Donzdorf, Germany in 1987 , Nuclear Blast boasts a roster of over 150 bands representing eighteen countries. Their satellites offices in Donzdorf, Los Angeles, London, Hamburg and Paris has helped build the label’s trusted global reputation with numerous Billboard album chart entries, high-profile tours, and continual signings of new & heritage acts. The label has additional representatives in Australia, Brazil, Finland, Sweden, amongst others.

SUMMER BREEZE Open Air is a German metal music festival which takes place in Dinkelsbuehl, Bavaria annually. The first edition was in 1997. The festival had been held in Abtsgmuend until 2006 when it was moved to its new location of Dinkelsbuehl. The festival draws around 40,000 attendees annually. In 2017 a new main stage was introduced and the 20th Anniversary was celebrated extensively. SUMMER BREEZE pays special attention to a balanced line up of bands from different Heavy Metal genres. Each year the festival attaches major importance to how the line up is put together. From bands that are deeply rooted in the underground to genre representatives with the highest standing in the worldwide music scene SUMMER BREEZE Open Air is trying to present a diversified billing each year. Being aware of the significance of supporting younger bands the festival has began to lay emphasis on a growing (social) media coverage of the prospective heros of tomorrow. With over 1000 different bands in the last two decades and bands from around 20 different countries each edition there is a lot to experience at SUMMER BREEZE, that´s a recurring promise and an honored pledge.