When did you start working in the music business and which were your duties back then?

It all started when I met Hank Shermann in 1980 at a Judas Priest show in Hamburg, Germany. I was taking photos for myself and some magazines at the time, and on the way back to Denmark I met Hank. He noted my camera’s and he asked if I could make some photos of his band ‘Brats’. We met up and I did some photos for them, and eventually I started to hang out with the band. It was a four-piece band, and the bass player also was the singer. One day they decided to get a dedicated singer and at one of the next rehearsals King came in to sing, and eventually he became the new singer. The band then developed into Mercyful Fate, and I was still hanging out with them, and as small shows got booked, I helped out the best I could. It developed to travel out of Denmark, and since I had a real job and made a reasonable income, I sometimes put-up monies for what was needed, and took care of planning the travel and some paperwork. It was still very low key, but as success came to the band, it became more and more serious. In short, my tasks around the business side developed as the success of the band progresses.

How was the heavy metal scene in Denmark back in the 80s?

It was a punk / rock / metal cross-over. Glam rock was also a big thing, and a lot of English bands came to play in Copenhagen. Really a lot of bands. Some later became the superstars of the international rock scene.

Which are your best and worst (if there are any) memories of managing King Diamond and Mercyful Fate through all these years?

Well, the worst comes easy; cancellations are always hard to handle, and there have been quite a few. It’s a nightmare to bring the bad news, that a show or even a whole tour is to cancel. Sometimes a cancellation happens only hours or even minutes before show start. The best memories have likely been when something new and hard to achieve has successfully gone thru. Mercyful Fate going to USA in 1984 for the first time is an experience that can never be outdone. The MF-shows with Metallica on some European festivals is another great memory. The King Diamond 1990 shows at three major venues in Spain with a really nice production are amongst my best memories with that band, and our move to temporary residence in USA in the late 80’s is a time I look back on with great memories. It was great to be in Los Angeles in those days; I still miss it.

And what about working with Candlemass? Which differences do yo find compared with King/Fate?

When I started to work with Candlemass, I had a load of experience behind me. It was not nearly as hard, and no unpleasant surprises. I had been thru all of the beginner’s mistakes, and could concentrate on the actual work. I also had contacts in many places, which was of course to the benefit of the band and myself.

Without considering the Covid situation: how is the music business changed today, in comparison with the glorious 80’s when it comes to work on a tour of a heavy metal band?

Today everything is digital. E-mail, smartphones, social medias etc. etc. Back in ‘the good old days’ we worked with typewriters, and landline dial phones. To get a letter sent we used a telex or (fancy new world) a fax machine if it had to be fast, but also simply a letter via the post-office. Before mobile phones it was landlines and pay phones. In the US we had calling cards, and pagers. A lot of arrangements were done by phone, and it was easy to get something wrong, intentionally or by mistake. Today you have an e-mail with all details, drawings, pictures etc. etc. in Drop Box and that kind of fancy thing. Money transfers took a week or more, and checks had to clear in the bank, before monies were available. In Europe You may recall the time before the Euro currency, and each country had their own monies. Imagine the headache travelling as merchandiser on a Europe tour, cash payments for all merch of course, and the same for band settlements. It’s fun to think back – much easier but also faster today.

Are you fond of social media? Do you think they are always a benefit or sometimes they might be a hazard?

NO – not at all… I can see the possibility of using social medias to the advantage of a band and promote, generate ‘traffic’ and so on, but personally I don’t like it. So much irrelevant postings and irresponsibility from users has made me stay far away from all of this.

Which are your memories of working with your label, Diamond Records? Do you think you might release something again in the future?

For sure no more releases. I made that little label partly for the fun of it, and partly to get closer to understand how it worked in each detail of the process. I also had a hope of financial benefit, but I soon got wiser. It was fun while it lasted, never made any real profit, and hurt to eventually throw away quite a number of cd’s, that would never sell.

What kind of music do you like to listen to in your free time?

That’s a huge variety of what’s on the radio, or what I happen to play on my good old iPod where I have saved all my old music. I never listen to jazz or classical music, although I do appreciate classical when I hear it. Rap, grunge and death metal is not for me either. Then whatever comes my way in term of demos or sample albums.

Is there any news you can share with the readers regarding the immediate future of King Diamond, talking about a new album?

That I cannot speak about at all. During 2020 my work with KD & MF was terminated, and I no longer work for either of these bands. I’m now independent and take care of Candlemass exclusively, but have also entered into a work relationship with Magnus Rosén Band, as well as being free-lance tour manager for those who ask my services.

Thank you for being with us, dear Olè, one final greeting to the readers of TrueMetal?

Keep up the hope, Rock-On and look forward to the future of music. 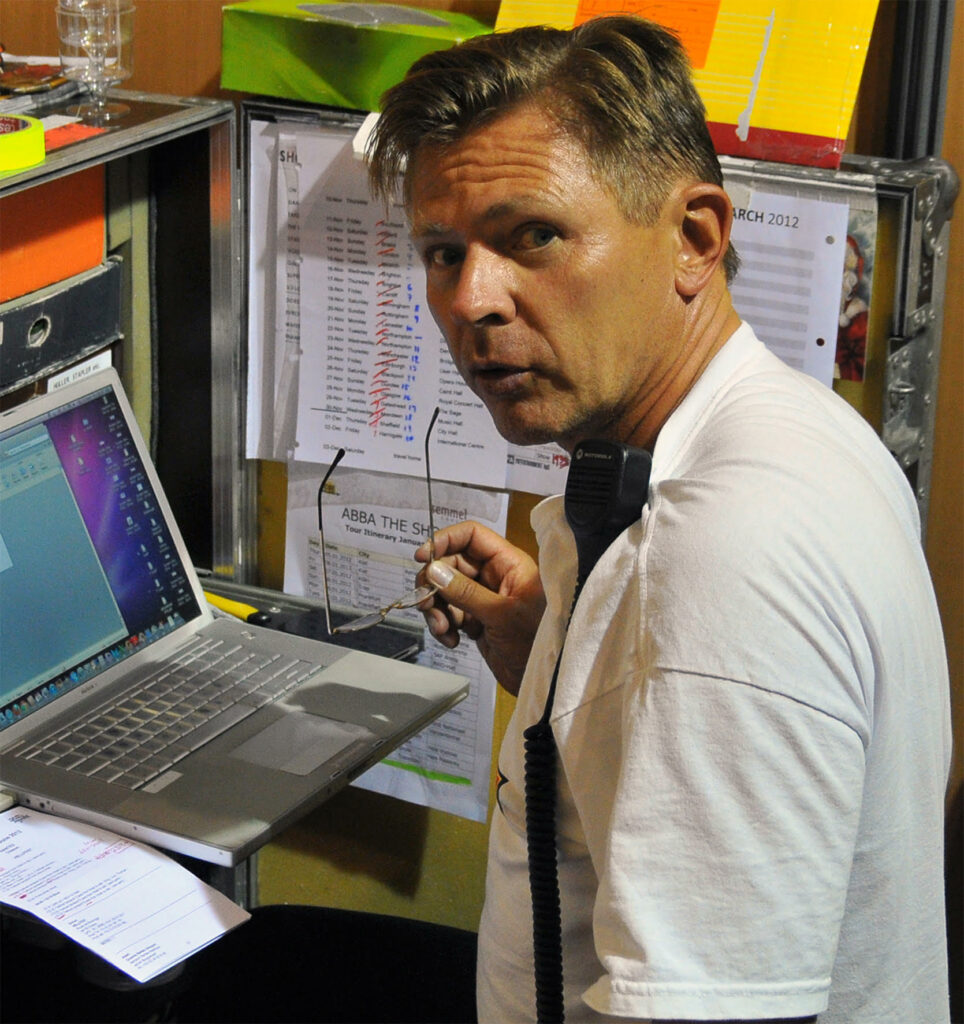