In support of their special tribute album, Final Days: Orden Ogan and Friends, which is out today on AFM Records, power metal maestros ORDEN OGAN have shared a music video for the brand new single and album opening track “December”!

While each song on Final Days: Orden Ogan and Friends, which is a tribute to the band’s latest 2021-album Final Days itself, is featuring high class guests such as, among others, Stu Block (Iced Earth, Annihilator), Peavy Wagner (Rage), Andy B. Franck (Brainstorm), Chris Boltendahl (Grave Digger), Elina Siirala (Leaves’ Eyes), Leif Jensen, Ross Thompson (Van Canto), Dennis Diehl (Any Given Day), (Ross The Boss) or Frank Beck (Gamma Ray), “December” is not only a new ORDEN OGAN track, but also sang by band mastermind Sebastian “Seeb” Levermann only.

Seeb comments:
“”Final Days” is a record about various scenarios how the world could end. “December“ is a song about a genetically modified killer virus that was somehow released and kills (almost?) every human being on planet earth, while civilizations and societies collapse.

The song was written in 2019, long before the Corona Pandemic startet. We decided to not put this track on the album out of respect for the victims of the pandemic. Now the world looks different than in 2020. We felt it was about time to finally release the track. Enjoy!”

Final Days: Orden Ogan and Friends combines finesse with huge riffs, clever arrangements with great melodies and even after the umpteenth spin you still discover something new, especially thanks to its larger-than-ife production and the incredible, various guest features, this is ORDEN OGAN as you have never heard them before!

Out now via AFM Records, Final Days: Orden Ogan and Friends is available at THIS LOCATION! 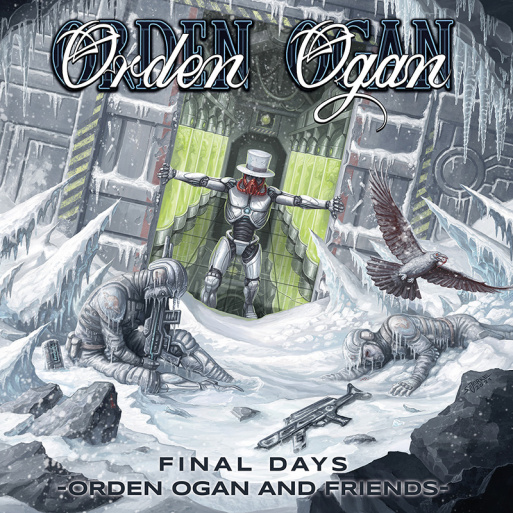