Veilburner are back with a brand new full length that’s even more outlandish than their previous one. Like most bands on our label, they too like to push the limits without betraying the core sound but Veilburner here are doing so on a different level altogether, drawing influences from weird sources and melding elements from various styles. And yet they’re able to keep things surprisingly catchy. You can listen to two of their songs on Bandcamp. 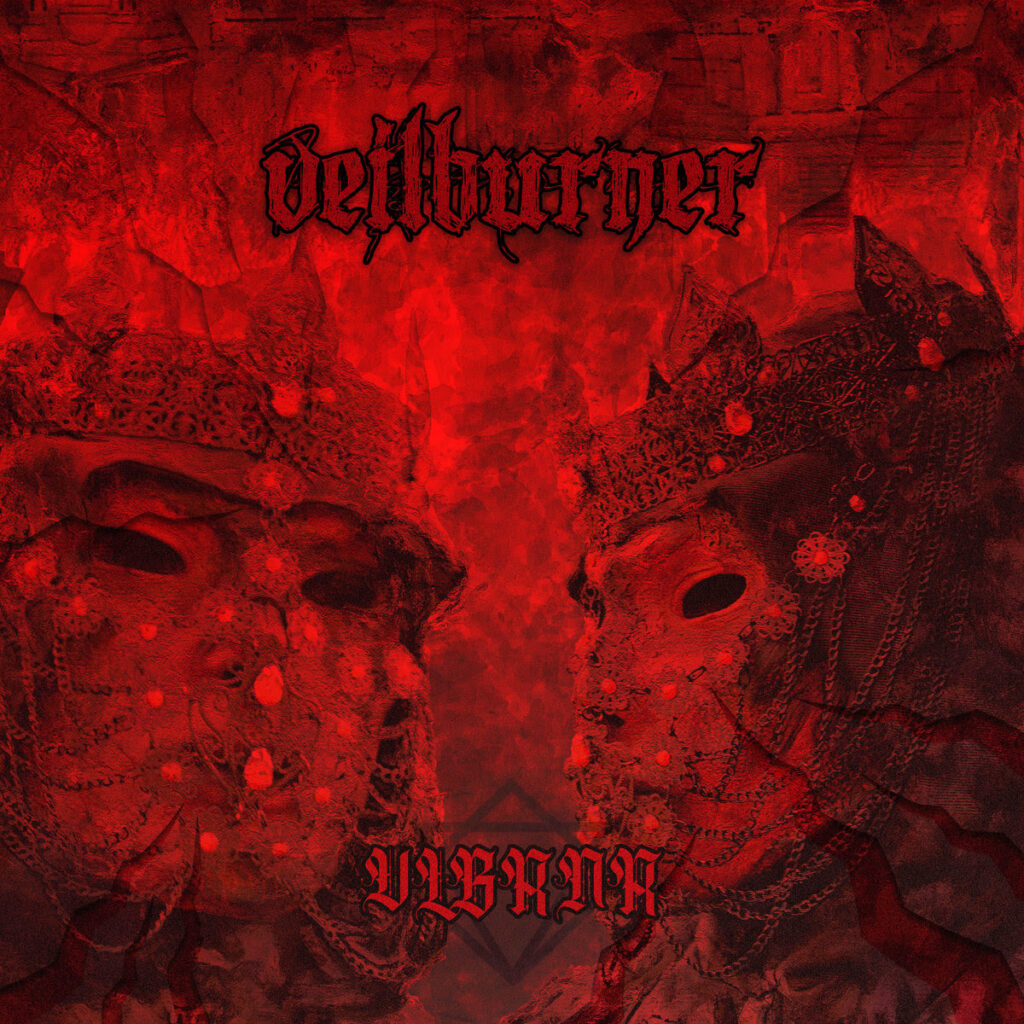 Formed in 2013, Pennsylvania musical duo Veilburner have been honing a very special and unique sound, as well as crafting a deeply nuanced storybook universe which has evolved over a span of five full-length releases in an eight year time frame. Drawing from musical elements covering everything from death and black metal to industrial, classical and their trademark blend of bizarre experimental FX and sound layers, Veilburner have somehow managed to corral and refine a seemingly unwieldy assortment of influence and experimentation into an explosive but cohesive musical entity which is distinctly theirs, owing to a discipline of strong songwriting and their insistence on natural flowing rhythm, song and album structures. To complement their otherworldly but digestible musical offering, the thematic side of the project has been crafted from a wide variety of theological, science fiction and occult sources to spin tales about such things as quests for immortality and interdimensional beings communicating and manipulating humanity across time and space.

In 2022, Veilburner present their sixth evolution to the world in the form of a self-titled musical juggernaut, a statement piece simply titled VLBRNR. As usual, Veilburner have composed a complete and addictingly engaging musical experience which can be absorbed in an equally satisfying manner as either a whole or by its individual chapters. Veilburner have reached across their entire back-catalog of experience and thematic lore with one hand, and into a future of untapped potential and unexplored realms with the other, and pulled both into the present to deliver everything you have come to expect from them when their method meets their madness, and more. Expect a plethora of dizzying musical passages and arrangements, a cornucopia of crushing, dense and maniacal progressions. Expect aural oddities from nightmares undreamt and tales of arcane world-building. But most of all, expect this alien thing to not alienate you. These are earworms from another world. Let them burrow and wriggle into your consciousness, and be a host for their propagation.

Line up –
Mephisto Deleterio – All music and production
Chrisom Infernium – All vocals, lyrics and visual art