– SEPTIC FLESH (Symphonic Death Metal – GREECE)
were formed in the 90’s. After a demo entitled “Forgotten Path” and a Mini Lp entitled “Temple of the Lost Race” they managed to attract the attention of the French label Holly records, gaining access to the wider underground scene.
Their first full length album entitled “Mystic Places of Dawn” was recorded in April 1994 and gained a very positive response.
Then came “Esoptron” that was released in June 1995, a dark opus with deep ancient Hellenic musical influences and themes dealing with philosophy and the occult.
Two years later, “Ophidian Wheel” was released. Female operatic vocals were added to the formula, with the recruit of Natalie Rassoulis. The neo-classical experimentations gained ground, adding a more theatrical dimension to the band’s sound.

Since 1990 brothers Alex Camargo, Max Kolesne, and Moyses Kolesne have imbibed heavily in the deadliest form of metal known to mankind. They are brothers in death metal. Literally. In fact, there exist few bands that embody the genre quite like Krisiun, who celebrate 25 uncompromising years with the release of new album, Forged In Fury. “I think the fact that we are three brothers helps a lot,” says Max, the youngest brother of the trio. “When two of us are fighting the other brother will always try to calm the others down. We have been playing together for so long that our personal relationships have improved a lot. We learned to talk things out instead of fighting. Also, the chemistry we have created playing together for so many years makes it easier to write songs and keep the
band’s style.”

Ever since DIABOLICAL was formed in Sundsvall, Sweden, in 1996 the band has caused confusion among the narrow-minded, constantly progressing, refusing to do the expected. Already with their early efforts “Deserts of Desolation” (mini album, 2000) and “Synergy” (2001) DIABOLICAL stood out as something different from the death metal bands coming up at the time, representing something unwilling to be categorized easily. The reception from fans and media was very good, resulting in a lot of coverage in major metal press at the time.

An elusive name born amidst Switzerland’s highest mountains. Never quite fitting in any of the numerous galleries metal has to offer, drifting through the extremes whilst juxtaposing finesse and vehemence, exploring the vast echoic gloominess of the human mind. You can simply call it DARK METAL.

A megalith of the death metal underground whose New York scene association, aside the pioneers of the genre, head into a new chapter. Ever precise to their origins the band has witnessed and experienced the ebb and flow of the scene they helped create. Whether due to giving their support by providing some their first tour experience. Or having that equaled playing with such an array of musicians and bands in and outside the confines of the band. With 10 studio albums, videos even a TV commercial. Numerous releases being in the form of demo cassettes, 7″, LP, CD dedication still holds true with tireless effort. Hall of Fame, Top 10 lists honoring their discography through publications, internet and radio. Having gathered supporters and fans all along the 25 year journey. Circles devoted to all/specific eras or an audience’s first encounter. Incantation has crushed venues, festivals, and clubs with their rabid attendance. From North, Central and South America. Canada, Europe, Scandinavia, Australia or Japan all have welcomed the inferno that scorched their lands. With this in mind we are proud to announce the long awaited release of XXV! Marking Incantation’s quarter century, we have created a strictly band-accessible gatefold 12″ LP. Drawing from their work, dawn to the present. Artwork created, as in 1990 by the great Chris Moyen and mastered by Dan Swano of Unisound Studios. You’ve been Warned!

Defeated Sanity is a German technical death metal band from Dachsbach, Bavaria, that was formed in 1994, originally as a side project of guitarist Wolfgang Teske and his son, drummer Lille Gruber. Gruber is the only original remaining member left in the band, following the departure of Teske in July 2008.[4] The other members are Christian Kühn (guitar), and Jacob Schmidt (bass guitar). For almost a year the band was looking for a new vocalist, due to Jens Staschel leaving the band shortly before Teske;[5] Staschel’s replacement, A.J. Magana from Disgorge, was announced in June 2009.

Since their formation, Defeated Sanity has released four studio albums: Prelude to the Tragedy (2004), and Psalms of the Moribund (2007), both through the United Kingdom-based label Grindethic Records; and Chapters of Repugnance (2010) and Passages into Deformity (2013) through Willowtip Records.[7] Defeated Sanity also released numerous promos, demos and splits. Influenced by bands such as Cannibal Corpse and Suffocation, their music style is mostly based on American death metal. On 2 May 2009, the band announced their signing to Willowtip Records

Firmly rooted in the Death Metal spectrum, USA’s SKINNED have since their inception in 1995, always combined styles to create their very own kind of Extreme Metal by twisting and re-shaping sub-genres, the result is a unique mix of traditional Death Metal, dark Doom soundscapes, hyper blasts, Black Metal dramatic grotesquery and heavy slams. 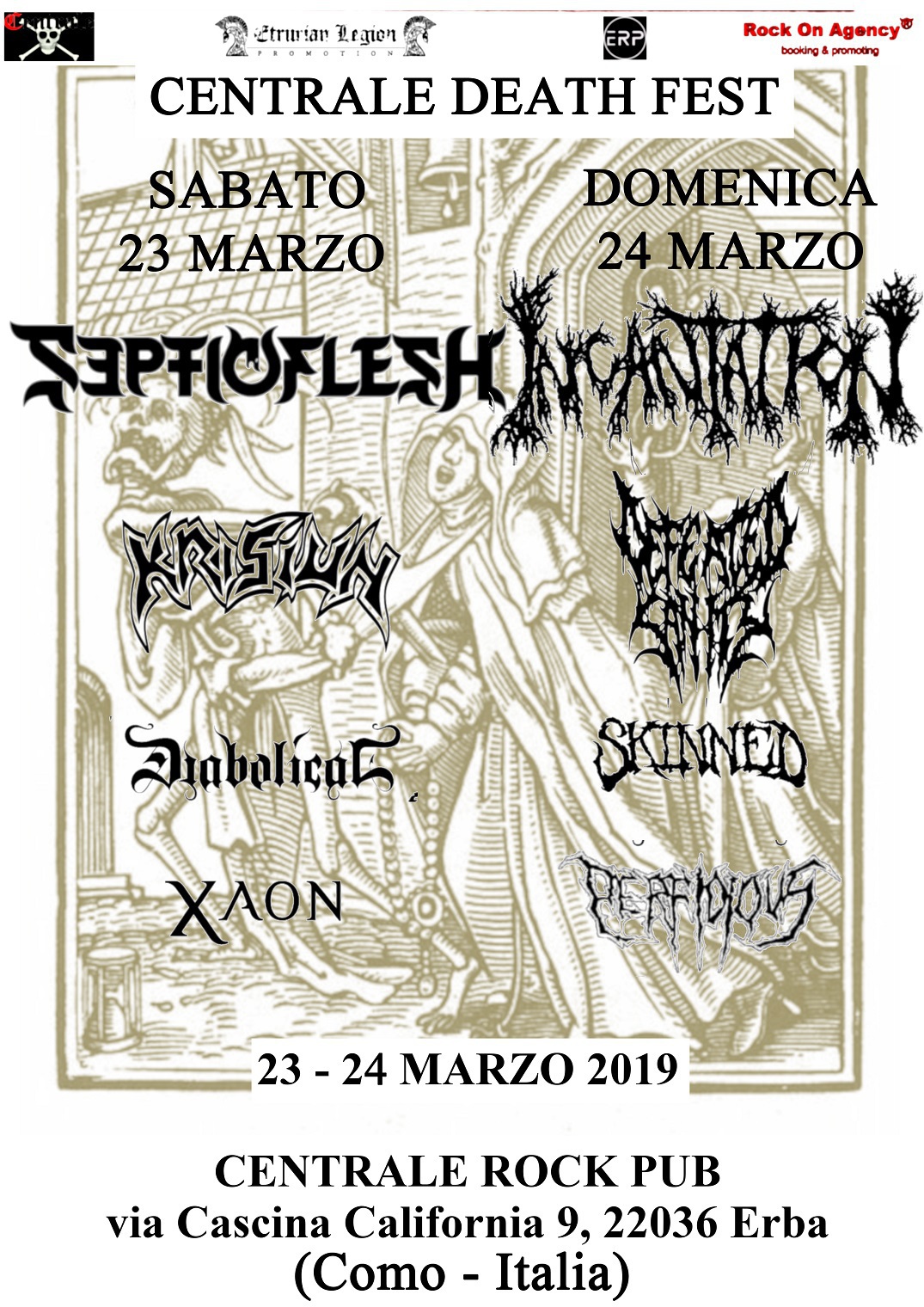