CYNIC guitarist Paul Masvidal is now unveiling a brand new play-through for the song “Aurora,” which is taken from the band’s critically acclaimed 2021 full-length, ‘Ascension Codes.’ The clip can be found at THIS LOCATION.

The play-through is being released in conjunction with the launch of Masvidal’s new signature Strandberg guitar, the Masvidalien NX 6 Cosmo!

One of the most unique iterations of the heralded Boden lineup, the original Boden Masvidalien Cosmo Edition quickly became a favorite amongst not only Cynic and Paul Masvidal fans, but guitar players who sought something different which stood out from the crowd – both aesthetically and sonically. Masvidalien NX 6 Cosmo retains all of the great features of the Masvidalien Cosmo while adding the new NX features to provide the latest in .strandberg* innovations.

The Masvidalien NX 6 Cosmo features chambered Swamp Ash body with a Maple top for a superbly balanced and punchy sound and an open pore Poplar Burl veneer top for a dramatic and unique finish, quartersawn Maple neck with Richlite fretboard accented with his trademark Masvidalien inlay across the fretboard. The new .strandberg* EGS Rev 7 hardware, new neck-heel and arm bevel carves, and Venture Gig Bag round out the updates which increase the instrument’s functionality, playing comfort, and overall value.

More information on the model can be found HERE.

In addition, CYNIC will be digitally releasing a fully instrumental version of ‘Ascension Codes’ via Bandcamp! Cynic is offering an instrumental mix of the track ‘Aurora’ as a free download when pre-ordering the album via the Cynic-alliance Bandcamp page. The album will be streaming on all digital outlets October 7, 2022! Pre-order it now at THIS LOCATION. 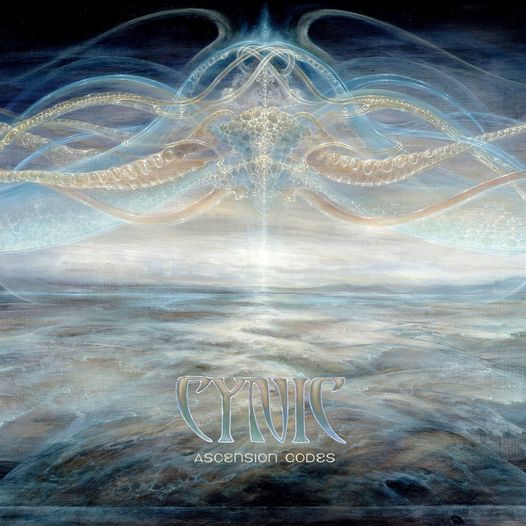