Avant-garde act THY CATAFALQUE are about to stream their upcoming Blu-ray ‘Mezolit – Live at Fekete Zaj’ in full! The video screening will only be shown once, and contains their very first live show ever. The event took place at the Fekete Zaj festival (Budapest) in August, 2021 and shall be released on November 25, 2022 via Season of Mist.

Besides the Blu-ray, THY CATAFALQUE announced limited vinyl editions of the ‘Rengeteg’ (2011) and ‘Meta’ (2016) re-issues. Pre-orders for the Blu-ray and re-issues are now live HERE.

Mastermind Tamás Kátai comments: “Last August a unique and magical event took place at Fekete Zaj Festival. 26 musicians performed 15 Thy Catafalque songs in front of a sold out festival and sparked the live carnation of the project that had been a mere studio entity for 23 years. The concert has been recorded and will be released in November. Re-live the night – this will never happen again in such form.”

THY CATAFALQUE is available for interviews by mail or Zoom/Skype. Please get in touch with Jessica Otten via jessica@season-of-mist.com for more info or to book a slot. Hi-res materials, such as photo’s, can be found HERE.

The cover artwork for ‘Mezolit – Live at Fekete Zaj’, which has been created by Tamás Kátai himself, can be viewed together with the Blu-ray details below. 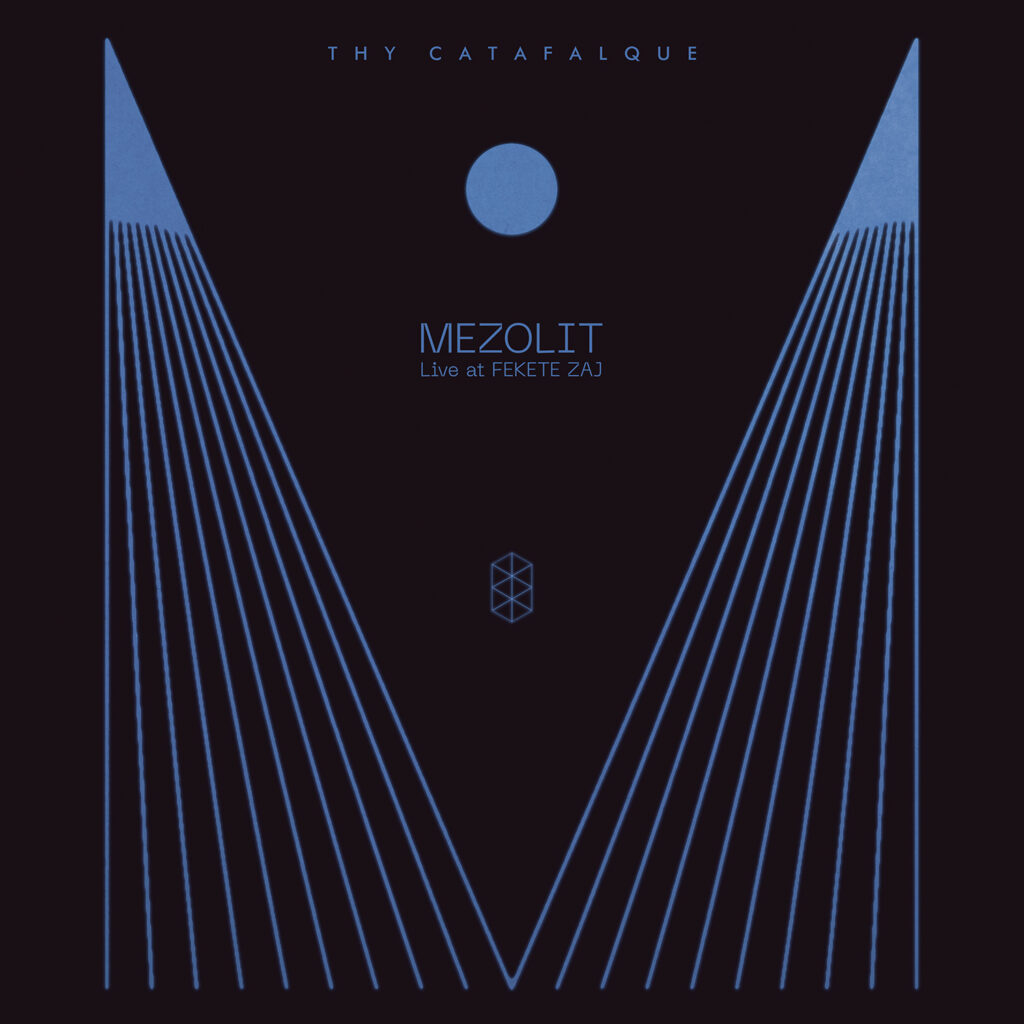 THY CATAFALQUE’s humble genius Tamás Kátai abandons any and all prenotions of tradition. Intertwining elements from a vast swath of unrelated genres, from jazz to pop to folk, and everything in between, THY CATAFALQUE masterfully crafts an eclectic sound that breaks down any generic barriers or borders. Following the massive success of 2020’s critically-acclaimed ‘Naiv,’ the entity returns with ‘Vadak,’ another esoteric monument in its already storied catalog.

Meaning “Wildlings” in Hungarian, the album title is a deliberate clue to the exotic and feral essence of ‘Vadak.’ Like seedlings scattered throughout the forest by the mere forces of nature, THY CATAFALQUE’s imaginative sound grows with an organic sense of whimsy, cultivated within the vast influences of our megacosm. Thematically, ‘Vadak’ is a foreboding lesson in mortality. Emphasizing the fragility that is shared by man and beast alike, the record explores our Freudian life instincts, in which we inherently fear and run from the ultimate goal of existence: death.

Originally, THY CATAFALQUE emerged as a black metal band founded by singer/keyboard player Tamás Kátai with the aid of guitarist/bassist János Juhász. Following their joined debut ‘Sublunary Tragedies’ (1999), the Hungarians evolved into quite different directions, but steadily gaining more followers in the process through the following albums, ‘Microcosmos’ (2001) and the self-released ‘Tűnő idő tárlat’ (2004).

On their fourth full-length, ‘Róka hasa Rádió’ (2009), THY CATAFALQUE invited Ágnes Tóth from neo-folk outfit THE MOON AND THE NIGHTSPIRIT and Attila Bakos to add their haunting vocals. With fifth album ‘Rengeteg’ (2011), Tamás Kátai finally went solo with the help of guest musicians that again included Ágnes Tóth an Attila Bakos. Dubbing his eclectic musical amalgamation avant-garde metal, the Hungarian explored new sonic possibilities with ‘Sgùrr’ (2015). The sixth full-length turned out to be slightly more complex than its successor, ‘Meta’ (2016), which returned to a more direct approach without losing the steadily growing sonic diversity. In 2018, THY CATAFALQUE continued this path with the release of ‘Geometria’. THY CATAFALQUE delivered another spectacular musical mosaic with their ninth full-length entitled ‘Naiv’, inspired by the “Naïve Art” movement.

At its core, latest release ‘Vadak’ (2021) expresses the familiar hallmarks that are unique to only THY CATAFALQUE, and yet, it is an unpredictable magnum opus, showcasing the latest evolution from Kátai and his esteemed co-conspirators. The album puts forth an elegance that cannot be matched or rivaled by any musical contemporary, taking fans on an adventure that is rife with excitement, drama, and unbridled craftsmanship.